Severe economic conditions after the Second World War, changes in the interests of the public and managers radically affected the many big bands of the swing era. Most of them disappeared forever. However, in the early 50’s, the genre revived. With difficulty, but restored the orchestras of Benny Goodman, Count Basie, a little later – the orchestra of Duke Ellington. The audience once again wanted to listen to pre-war hits. Despite the substantial updating of the compositions and the arrival of young musicians, the leaders, indulging the listeners’ desire, restored the old repertoire. Of these three pillars of the swing era, only Duke Ellington was on the path of change. This concerned the wide use of the suits form, which began in the war years. In its repertoire appeared large-scale suites with program content. A significant stage was the creation of “Concerts of Sacred Music” (1965-66) for the orchestra, choir, soloists and dancer. Continued energetically saturated performances of the Big Band of Vibraphonist Lionel Hampton, focused, first of all, on the musicality and charm of his leader. 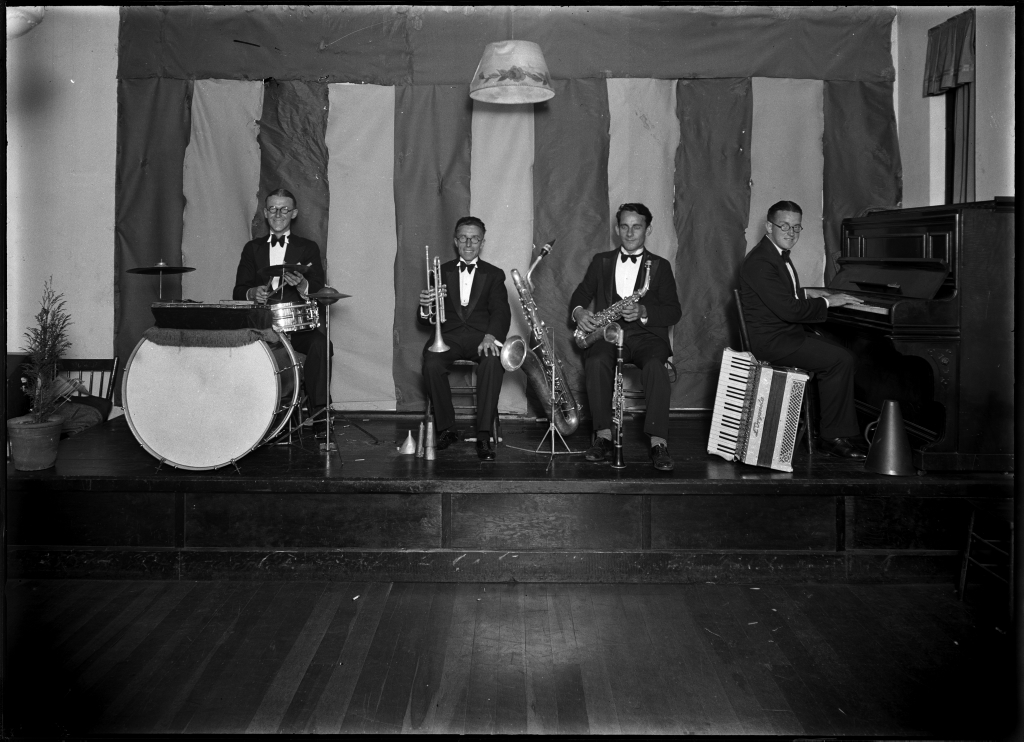 Gradually, some of the orchestras turned into memorials supporting the established traditions. As such, you can name the Glenn Miller Orchestra, who died in 1944, the Baixie County Orchestra, existing under the same name after the death of the leader in 1984, led by Mercer Ellington (Duke’s son), and then by grandson Paul Mercer Ellington, the Duke Ellington Orchestra 1974). Progressive orchestras gradually lost the spirit of experimentation and gained relatively standard repertoire. The orchestras of Woody Herman and Stan Kenton, having generated the most interesting soloists, passed the baton to younger colleagues. Among them, it is necessary to note bands that have created a new sound, based on bright arrangements, polystylistics, a new use of the sound of copper tools, primarily pipes. Such centers for the progress of orchestral sound in the 1960s were the bands of trumpeters Maynard Fergusson and Don Ellis. Sequential movement in the chosen direction took place in the creative laboratory of one of the founders of the kula Gila Evans. His own performances, records with Miles Davis at the turn of the 50’s – 60’s, further experiments with the music and jazz-rock elements in the 70’s were an important individual trend in jazz history.

In the 1970s, a powerful impulse to the band movement was given by an orchestra assembled from the young and very strong musicians of the New York jazz scene by trumpeter Thad Jones, a former member of the Bacey band, and drummer Mel Lewis, who played in the orchestra Stan Kenton. During the decade, this band was considered the best, thanks to magnificent modern arrangements and a high level of instrumentalists. The orchestra broke up due to Jones’ move to Denmark, but he had long tried to support Mel Luis in common with the trombonist and arranger Bob Brookmeier. In the 1980s, a band created by the Japanese pianist and arranger Toshiko Akiyoshi (Toshiko Akiyoshi) together with her husband, saxophonist Lou Tabakin (Lew Tabakin) took the place of the first in the world hierarchy. This orchestra is unusual already because it was created by a woman; it mainly performs her works, but continues to follow American orchestral traditions. In 1985, the orchestra was disbanded, and Akiyosi organized a new band called “Toshiko Akiyoshi’s New York Jazz Orchestra”. In the 90 years the genre of big bands did not run out, but, perhaps, strengthened. At the same time, the spectrum of orchestral stylistics expanded. The conservative wing, in addition to the memorial orchestras, represents the Lincoln Center orchestra, which is directed by one of the most jazz-loving jazz musicians, the talented trumpeter and composer Wynton Marsalis. This orchestra tries to follow the line of Duke Ellington to create works of great shape and program character. More diverse is the work of a very strong and more modern orchestra named after Charles Mingus (The Mingus Big Band). This band attracts creative musicians. More radical ideas are practiced by different “workshops”, which are of a temporary nature, and by diverse bands that practice more avant-garde ideas. Among such orchestras are the bands of Sam Rivers, George Gruntz, numerous European conglomerates.