Blues is a representative of the secular playing of American blacks, which appeared long before jazz. In essence, the blues is analogous to the ballads brought in by the settlers from the Old World, but with characteristic African-American features. The very word “blue” is very polysemantic and stands for “blue”, “sad”, “melancholic”, “dull”, etc. “Blues” is associated with the English “blue devils” (lit. “blue devils”, in other words, “When the cat scratches on the soul”).

This ambiguity is typical for long, lingering songs, the text of which always contains some understatement, emotionality, and ambiguous – sadness often coincides with humor, purity with vulgarity, etc. The execution of old blues, long stories – melodeclamations for musical accompaniment, was the prerogative of stray singers, Which could be met very often in the South of the United States. In archaic times, the blues seem to have been heavily associated with a working song or hollers, with ballads and folk songs of European origin. Already then in the blues it clearly manifested the question-answer form and the use of un-tempered sounds (blue notes). These blues notes, more precisely – blues steps, represent an unfixed lowering of the 3rd, 5th and sometimes 7th levels of the major harmony. The origin of this variation is associated with the appeal of musicians to pentatonic frets, widespread in African music. 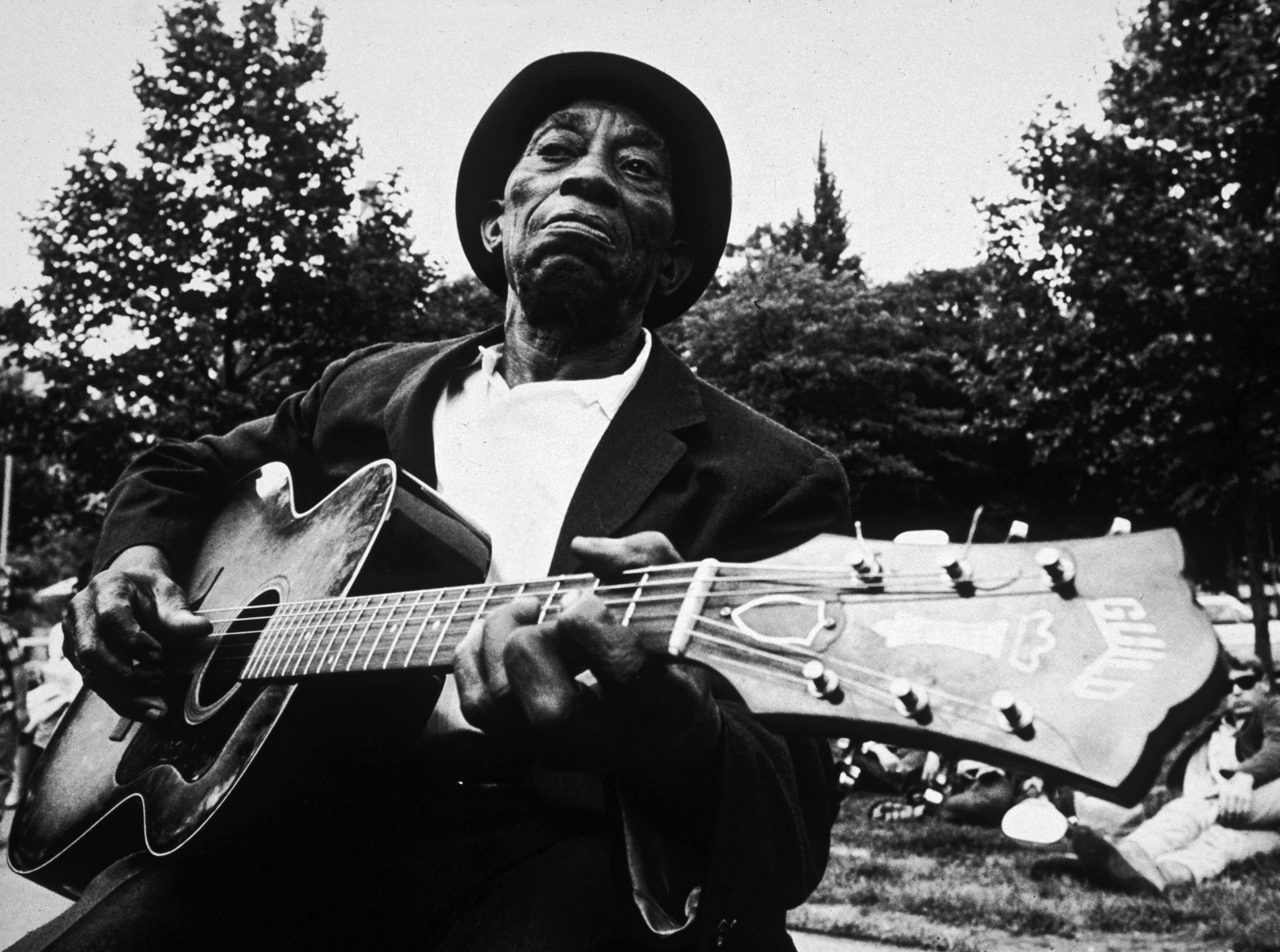 The date of birth of the blues will probably never be determined, but it is known that it appeared somewhere in the middle of the last century, and its oldest forms were spread even under slavery. Already after the end of the civil war of the North against the South, the type of blues that we now know has emerged. This is the so-called “archaic (or rural) blues”, which continues to exist in rural areas of America in its original form. At the end of the last century, blues settled in cities – it’s “classical (or urban) blues”, its flowering is in the 20s of this century. Further evolution led to the emergence of “modern blues” in the form of “rhythm and blues” and other forms that still exist.

The poetry of blues in the national style is simple, colorful and at times full of humor, the theme of their texts is extremely diverse. They talk about the various events of the everyday life of the Negro, but with the blues singer transforming any event into his own, internal anxiety (“I laugh to keep from crying,” as the Negro poet Langston Hughes wrote, this is the bitter-sweet blues mix) . In the blues, it is sung about unrequited love, lost human dignity and unfair attitude, overwork and captivity, that the beloved left the city, about various natural disasters, about homesickness or about their own poverty and poverty, etc.

Obviously, the first blues singer was a man who, in his own words with an intricately invented melody, told his story. The oldest blues forms, apparently, existed without accompaniment, mostly melody was in the first place, and then the banjo, guitar, harmonica or piano appeared. The most typical form of the blues is rather unusual – it consists of three (and not four) phrases of 4 bars in each (AAB), forming a 12-clock period (chorus, square), based on the antiphon principle horizontally and vertically, which manifests itself as In the melody, and in the text. Harmony of the blues is clearly fixed: the first 4 bars are based on a tonic, the next 2 on a subdominant and a tonic and the last two on a dominant and tonic of 4/4.