The most natural, the most ancient, and at the same time the most noble way of expressing prayer feelings is, undoubtedly, the word human. The word is given to man in the first place, so that he glorifies God. We come to the church, which is called the Savior Himself “the house of prayer” (Luke 19, 46). Here, in the house of prayer, man requires concentration, self-absorption and a spirit-giving to God. What more all this has a prayer?

“Indeed,” says Saint John Chrysostom, “nothing, nothing so elevates and inspires the soul, does not detach it from the earth, does not relieve the bondage of the body, does not dispose of everything and despise everything worldly, like a consonant singing and a harmoniously composed divine Song “(from Conversation on the 41st Psalm).

From a religious point of view, the ability to sing is the distinctive property of only intelligent beings-angels and people. Singing, like speech, serves in both of them to express the high feelings of God’s perception. Back in the Old Testament times, they believed that angels and people sing the same songs. People knew about the similarity of their choirs with the heavenly choirs of angels. Especially outstanding singing since ancient times was defined as “angelic”. In the Holy Scriptures, in appearances to holy and righteous people, the angels appear to be a host, divided into faces or choirs, singing praises to the Triune God. The prophet Isaiah saw the Seraphim encircling the Throne of God and crying to each other: “Holy, Holy, Holy is the Lord of hosts” (Isaiah 6.3). The voice of the angels was heard by the prophet Ezekiel. New Testament mystery John in different places of his Apocalypse repeatedly mentions the singing of blessed celestials. And the first Christian chant was brought to the earth by angels on Christmas night. 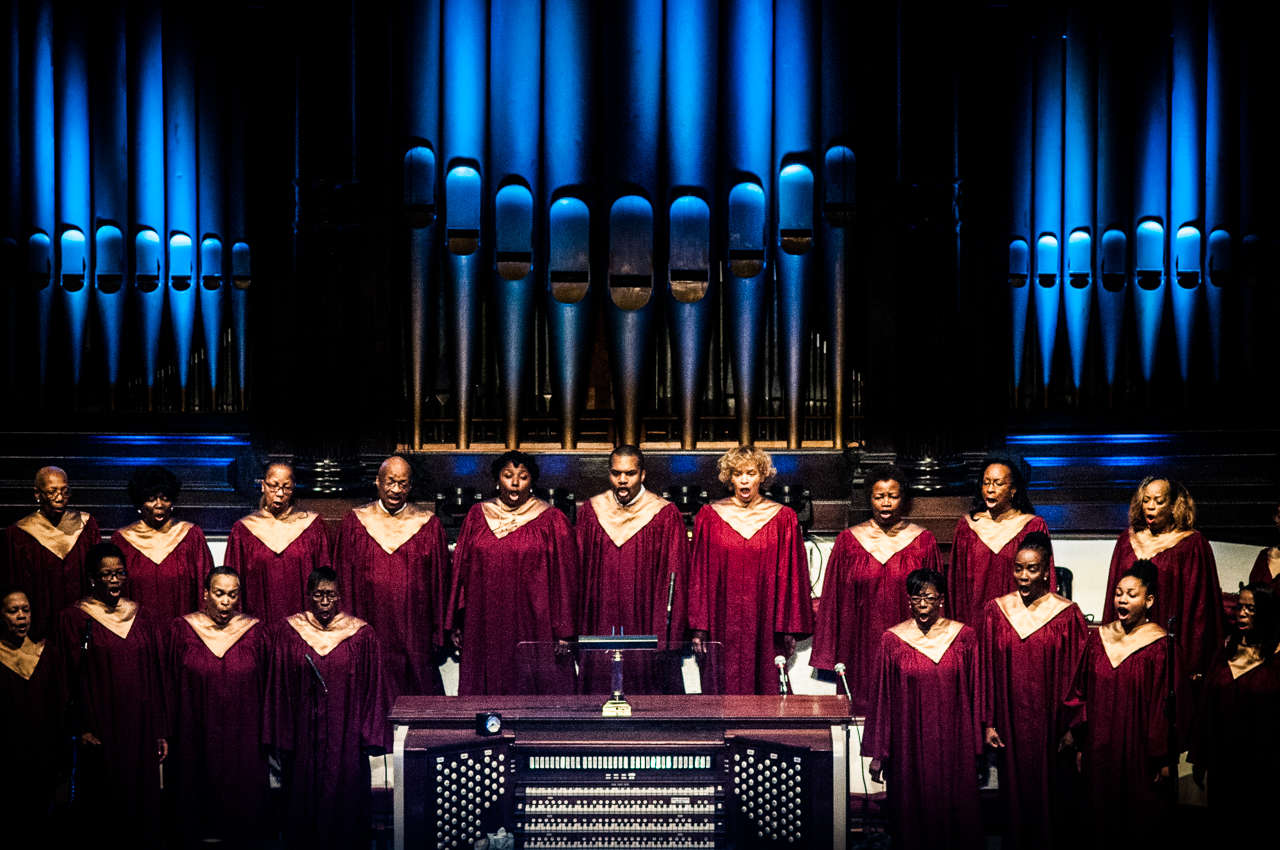 Belief in the musical unity of the earthly and heavenly has also determined the view of singing in the earthly church: it is the echo of the singing of the angelic, the language of the rapturous state of man, a fertile means to the excitation and expression of prayer feelings.

The first two centuries of Christian songwriting are inspired by the spirit of improvisation. Its fruit was the inspired liturgical poetry of hymns and psalms, songs of praise and thanksgiving.

In the Ancient Church during the divine service there was no music – there was singing. The Savior Himself, with His disciples, finished the Last Supper with singing – “… and singing, rising up to the Mount of Olives” (Matt. 26: 30). The apostles of Christ, expressing their prayerful feelings, “pray to God” (Acts, 16, 25). Even outside the service, in the expression of ordinary everyday joy, the apostle James advises: “Does anyone prosper, yes sings.” (Jas., 5, 13). Extending the teaching of Christ and setting up the Church, the apostles took great care of liturgical singing. “Whenever you descend, you must have a psalm in you”, admonishes an. Paul (I Cor., 14, 26). In the Apostolic decrees, the compulsory and even the way of liturgical singing is already legalized: “… after two readings … let them sing the psalms of David, and let the people repeat the ends of the verses in vain” (Book II, Chapter 57).

At prayer gatherings and divine services, the first Christians sang except the Psalms of David and the Old Testament hymns-two songs of Moses, “Sing Our Lord” and “Take Sky”; The song of the prophetess Anna “establish my heart for the Lord”; The songs of the prophets Habakkuk, Isaiah, Jonah. The New Testament hymns, the angelic glorification “Glory to God in the Highest” were sung, and the song of the Mother of God “My Soul doth Magnify My Lord,” the song of Simeon the God-Bearer “Now Lettest Thou.” Already in the Apostolic times were compiled and preserved until now: the great thanksgiving “Glory to God in the highest”, “Light quiet,” “Let all flesh be silent” (from the Liturgy of James), “Glory to Thee, O Lord, glory to Thee” (sang, As well as now before and after the Gospel), the entrance hymn “Come, worship”, etc. And, finally, there were hymns-improvisations that were sung in prayer meetings-agapah: “By the washing of hands and the burning of lamps, everyone is called in the middle of the song of the Lord , Who as-can from the Holy Scripture or from his mind “(Tertulli N, APOLOGETICS 39,16- 18). The possibility of such improvisations was even then natural with the uplifting of the spirit and ardor of faith that was among the first Christians who directly communicated with the visionaries of the Lord – His apostles.

What is the procedure for singing was adopted in the early Church? The following information is available:

“Wives and men, elders and young men are different in gender and age, but not different in relation to singing, because the Holy Spirit, connecting the voices of everyone, from all makes one melody.”

“In public worship, at the proclamation of the deacon, the people … exclaims:” Lord, have mercy! “.

In the ancient liturgies (Apostle James), the cries of the priest were told to the people to answer “amen,” and “your spirit.” A victorious song “Holy, Holy, Holy” believers are invited to sing especially loudly.

In the fourth century, the Laodicean Council (365) established that instead of the whole assembly only the selected, capable singers sang (rule 15). This was probably due to the fact that the singing of the whole assembly sounded unsettling and dissonant. In fact, by that time the number of sacred songs has increased significantly, and people, meanwhile, have not so zealously visited the temple, as was the case with the first Christians. Many poorly knew the sacred songs, thereby preventing those who know how to sing properly.

Another method of singing, widely spread to the fourth century, was introduced into church usage by the holy martyr Ignatius the God-bearer, bishop of Antioch (+107), following the pattern of the singing of angels he heard. This singing was antiphonal, when two choirs sang alternately. This method is used even now in high-caliber cases, on festive service in large cathedrals and monasteries.

After the cessation of persecution, Christian worship, now being performed openly, becomes more complex, orderly and solemn. Naturally, church singing also reflects these changes. What was previously subject to national execution passes to specially trained singers. Separate choirs or faces of the right and left choirs began to form. For singing, books were required – the number of hymns constantly increased, it became impossible to know and sing all by heart. And singing itself evaded the former simplicity, became more adept and refined. Sufficiently moderate at first, this refinement eventually acquired a touch of worldly freedom and even theatricality. In church worship, little by little began to penetrate and such melodies that could be heard in theaters and on the shows. There was secularism and damage to the style, the chaste purity and rigor of the apostolic times was lost.