In contrast to the coolness and coolness of the cool style, the rationality of progress on the East Coast of the USA, young musicians in the early 50’s continued the development of the seemingly exhausted style of bebop. In this trend, the growth of African Americans’ self-consciousness, characteristic of the 50’s, played a significant role. Again, attention was paid to maintaining faithfulness to African-American improvisational traditions. At the same time, all the achievements of the bebop were preserved, but many of the Kula’s achievements in the field of harmony and in the sphere of rhythmic structures were added to them. Musicians of the new generation, as a rule, had a good musical education. This current, called “hardbop”, turned out to be very numerous. It included trumpeters Miles Davis, Fats Navarro, Clifford Brown, Donald Byrd, pianists Telonius Monk, Horace Silver, drummer Art Blakey, saxophonists Sonny Rollins, Hank Mobley ( Hank Mobley), Cannonball Edderley, bassist Paul Chambers (Paul Chambers) and many others.

For the development of the new style, one more technical innovation, consisting in the appearance of long-playing records, was significant. There was an opportunity to record long solos. For musicians, this has become a temptation and a difficult test, since not everyone is able to fully and capaciously speak for a long time. The first of these advantages were used by trumpeters who modified the manner of Dizzy Gillespie to a more calm but deep play. The most influential were Fats Navarro and Clifford Brown (both fate was too short a way of life). The main attention these musicians paid not to virtuosic high-speed passages in the upper register, but to thoughtful and logical melodic lines. The musical complexity that reached, for example, Art Blakey, who used complicated rhythmic structures, did not lead to the loss of jazz, emotional spirituality. The same applies to the new formation in the improvisations of Horace Silver or in polyrhythmic figures in the solo of Sonny Rollins. Music has acquired sharpness, causticity and a new dimension of swing. A special role in the development of hardbop played Art Blakey, who created in 1955 the ensemble “Jazz Messengers” (“Messengers of Jazz”). This composition played the role of a school in which the talent of numerous representatives of this trend was revealed and flourished. Among them are pianists Bobby Timmons and Horace Silver, saxophonists Benny Golson, Hank Mobley, trumpeters Lee Morgan, Kenny Dorham, Wynton Marsalis and many others. “Jazz Messengers” in one form or another exist and still survive his leader (1993). 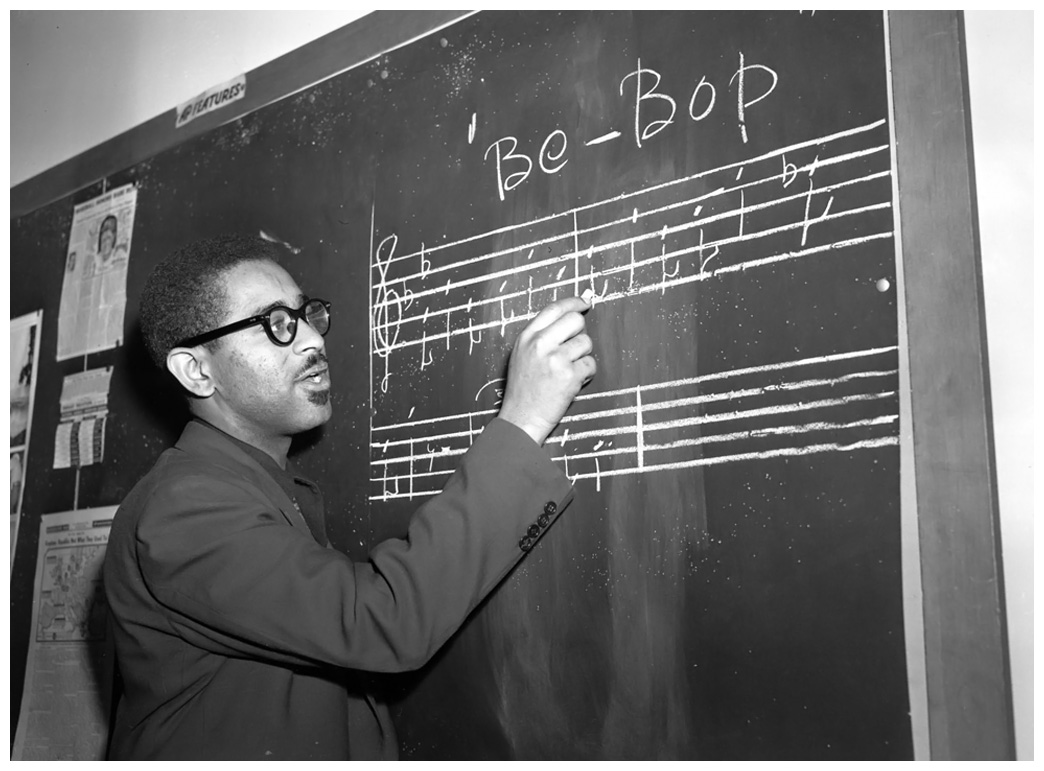 In the galaxy of hard-bop musicians, tenor saxophonist Sonny Rollins takes a special place. His style consisted of Parker lines and the broad tone of Coleman Hawkins, and innovation is associated with his temperament and spontaneity as an improviser. It is characterized by a special freedom to use harmonic material. In the mid-fifties, Sonny Rollins attracted attention with features of his phrasing, which is a magnificent polyrhythmic figure, tearing apart the harmonic material coming from the topic. In his melodic improvisations there is stiffness of sound, musical sarcasm.

Part of the music that appeared during the period of “hardbop” naturally absorbed blues, used in slow or medium tempo with special expression, based on a pronounced beat. This style was called “funky”. The word is slang and means an amplifying definition of an acute, pungent smell or taste. In jazz, it is synonymous with mundane, “real” music. The appearance of this branch is not accidental. In the 50s, a departure from the old Negro jazz essence began to appear in jazz, the weakening of jazz idiomatic became noticeably noticeable. It became increasingly difficult to determine what kind of music should be perceived as jazz. Jazz musicians experimented with the folklore of different nations, they were attracted to impressionism and atonalism, they began to get involved in old music. Not for everyone, these processes were sufficiently convincing. A number of musicians turned to compositions, heavily flavored with the sound of traditional blues and religious hymns. Initially, the religious element was more of a decorative than a functional purpose. Sometimes old-fashioned cries of cotton fields played the role of an introduction to the completely traditional bebop figures. Sonny Rollins shows signs of this style, but his most vivid expression can be found in the pianist Horace Silver, who created funky blues. The sincerity of his music was reinforced by religious motives that guided the musician.

From the funky style grew the figure of Charles Mingus – a double bass player, composer and bandit leader, a musician that does not fit within a certain style. Charles Mingus set himself the task of creating in the listener a very specific emotional feeling. At the same time, the load was distributed between the composition itself and the musicians, who had to improvise, experiencing precisely these emotions. Charles Mingus can be considered a very small category of jazz composers. He himself considered himself to be a follower of Duke Ellington and turned to the same sphere of Afro-American culture, religiosity, and mysticism – an area requiring the use of funky style techniques.