Their appearance is associated with an increased interest in the music of the XVII century, especially IS. Bach and G.F. Handel. In 1885, F. Besson made a pipe G with additional crowns F and E. In Germany at the same time there were pipes D, in 1894 Alexander produced a pipe F for the Second Brandenburg Concert IS. Bach, and a little later V. Mahillon made a Piccolo P pipe for the concerts of the Brussels Conservatory of the 1905 season.

September 14, 1914, a young man descended from the ship “Lusitania” in the New York port. His baggage was a small suitcase with things and cornet of the firm “Besson”. The young man had five dollars in his pocket. His name was Vincent Schrotenbach. He was an Austrian born in a small town near Vienna. To his twenty-four years, Wenzen Schrotenbach managed to get an engineering education in Mashinenbaushule in Vienna and serve in the fleet of Austria-Hungary. From the age of 14 he played on the cornet and took lessons from the most famous trumpeters in Vienna – G. Stelvagen and F. Werner. He acted as a soloist-cornetist and even toured in Germany and England. Musical success and interest in art took precedence over the daily work of a mechanical engineer at the lift plant in Vienna. Schrotenbach decided to try his luck in the New World. Arriving in New York, Herr Schrotenbach did two important things: rented a cheap apartment in Manhattan on the 85th West Street and shortened his name in the American manner, forever becoming Vincent Bach. 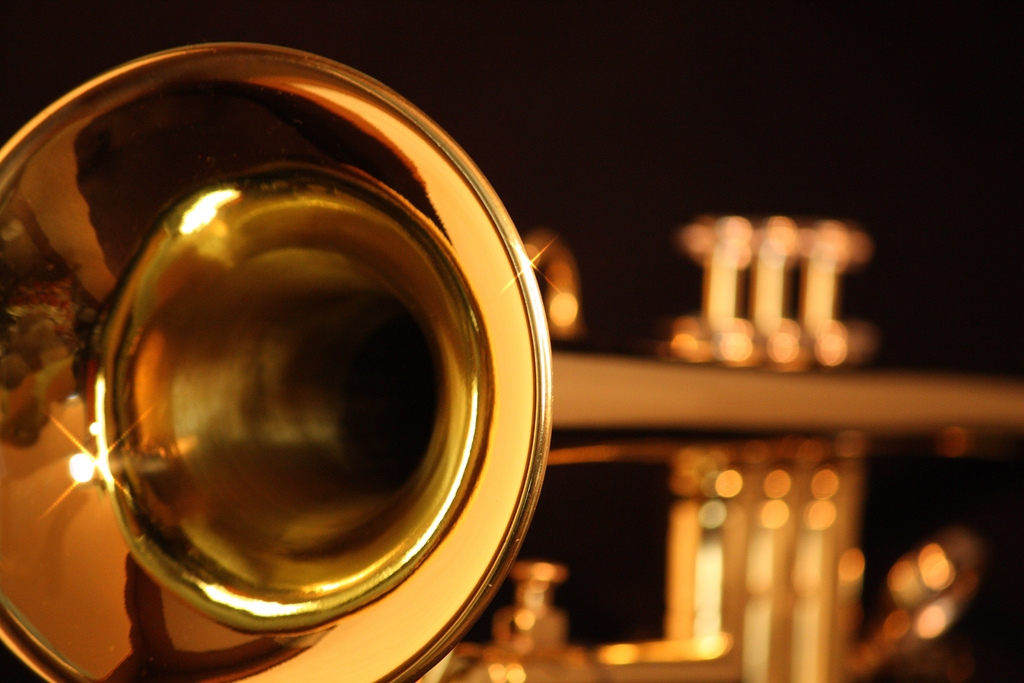 Performing career Bach trumpeter was developing successfully. In 1915 he was accepted as a soloist in the Boston Symphony Orchestra. Later, Bach returned to New York and worked as a soloist in the orchestra of the Diaghilev Ballet, who performed at the Metropolitan Opera. In addition, he signed a contract with the recording company of the famous inventor T.A. Edison to record two cornet solos. At this time, Bach played the instruments of the firm “Holton”. Most of the trumpeters and cornetists of America used at that time the German mouthpieces of the master Schmidt, also they were popular in Russia. Bach was no exception. The search for an “ideal” mouthpiece is inherent in all performers, the fans.

Vincent Bach had a huge advantage over his colleagues: he knew how to make mouthpieces himself. In the back room of a small music store, he equipped a workshop where he made his first mouthpieces (1919-1922). Colleagues highly appreciated his work, and soon Bach, leaving his work in the theater, began the production of mouthpieces. He developed a huge number of models of different sizes and different purposes. Soon, mouthpieces for all brass instruments were added to the pipe mouthpieces. Since 1924, Bach began producing pipes, cornets, and later trombones. The results were such that musicians of leading American orchestras such as Philadelphia, Boston, Chicago and New York, as well as large brass bands, began to play only on “Bach” mouthpieces and instruments.

Why is the biography of Vincent Bach so detailed in this article? Dizzy Gillespie said in his time: “None of the jazz trumpeters of any style and direction played two cycles, not paying tribute to Louis Armstrong.” To paraphrase it, we can say that not a single pipe of the twentieth century was made without taking into account the technology and design developed by Bach. He took into account all the achievements of instrumental masters of the past, was guided by the popular models that were in the process at the time, analyzed alloys from laboratory tests, from which the mouths of the leading firms were made. His first instruments were, rather, modifications of models from other manufacturers (especially pipes and cornets “Besson”), but the painstaking technical work and acoustic research for the thirties made Vincent Bach the leading producer of brass instruments.

Here are the features of the Bach pipes, the features of which we can now observe from the world’s leading pipe manufacturers. (From the materials of the firm Selmer USA)

In general, it may appear that Vincent Bach has flooded the American market. However, this is not at all the case. His instruments became popular among musicians of symphony orchestras, and this is the smallest part of all performers on brass instruments. In the 30-50 years of the twentieth century, the greatest activity of amateur music was played by wind, dance and jazz orchestras. Such orchestras were in every school, college, university, in city municipalities, trade unions, in the army. (Even in correctional institutions: remember that Louis Armstrong began playing at the Altgorne, and later on the cornet in the correctional institution for minors). For this category of performers in the market there were inexpensive tools, carefully assembled, sufficiently convenient for good intonation, but not of such quality, due to the cheaper metal alloy used for the bell. The bell itself was made of two pieces (this also made the production cheaper), the tool was nickel plated, and not coated with silver, etc. The largest number of such instruments was produced by large firms such as King, Holton and Conn. Karl Fischer’s company in New York, the largest seller of instruments and notes in the New World, imported tools from Europe Besson, Bossey & Hawks and Courtois from Europe.

Firms “King” and “Conn”, were founded in the XIX century and continue to this day to produce excellent products. In 1893, H. N. White began to produce tools in collaboration with the famous trombonist T. King (hence the name). And the name of the company “Conn” was given by Col. Charles Gerald Conn, who started the production of tools in 1875. Even then, the concept of manufacturing tools for different needs, of different quality and different prices, a concept that all major manufacturers adhere to today, has developed. The best King tools were pipes and coronets King Super 20, played by Harry James, VB Davidson, Donald Byrd., And for students the Superior model was produced. Famous models of “Conn” – Major and Connstelation, were well known in Russia in the 50-60 years. 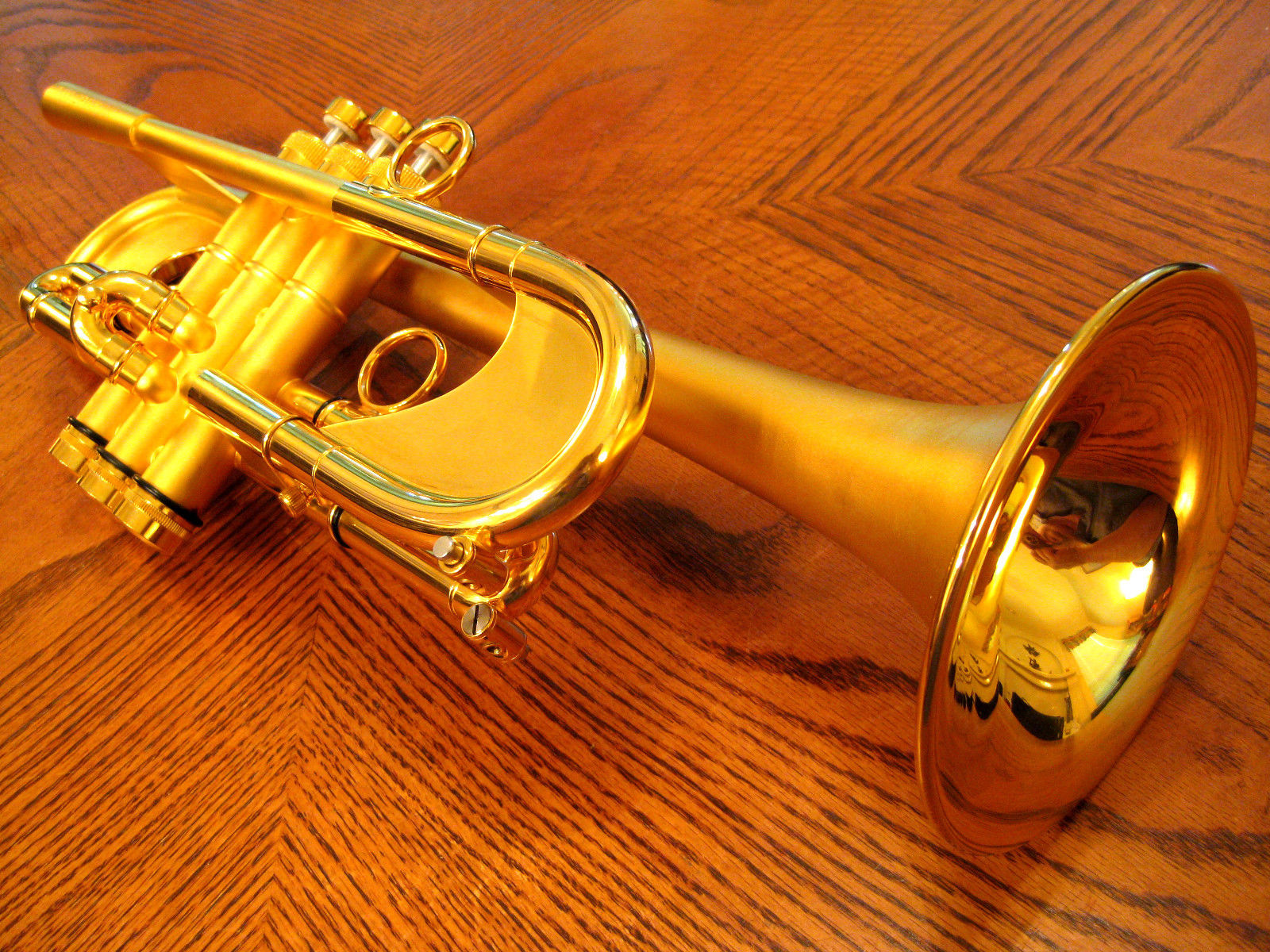 Frank Holton, a former trombonist of F.Suza’s orchestra, opened a tool repair shop in Chicago in 1898, and in 1900 the Frank Holton Company produced pipes, cornets and trombones of high quality. (V.Bakh chose them). In 1939 E.Bench, trumpeter, who played in the orchestras of Detroit and Chicago, opened a pipe manufacturing workshop. His famous 3X and 90B models are very highly quoted by orchestral musicians and soloists. For many years T. Dokshitser played on the trumpet of Bench. From the same year in 1939, Getzen became the largest supplier of low-cost and high-quality tools. Martin was founded in 1891, but it became known only in the middle of the twentieth century thanks to the Committee model, played by the leading trumpeters of bebop and kula, such as Dizzy Gillespie, Miles Davis, Chet Baker. And now these pipes are very popular among jazz musicians.

Thus, by the middle of the twentieth century, a type of modern pump-pipe was formed in the USA: the proportions of the bell, the size of the voice machine’s scale (11.66-11.73 and more mm), the conical mouthpiece. This tube sounded bright, volume, it was convenient to perform legato intervals on it.

In Europe, the first half of the twentieth century, destroyed by two wars and redistribution of the political map, it was difficult to establish new production. Resisted, mainly, large firms with established reputation. This Alexander in the Mainz (the classical producer of horns, but he produced good pipes and cornets), Kruspe in Erfurt (also more glorious horns), “Haeckel” in Dresden. Most Haeckel is known for bassoons, however, German rotor tubes are divided according to the location of the crowns in the voice machine on the “Heckell model” and “Alexander model”.