Hector Berlioz belongs to the greatest composers and greatest innovators of the XIX century. He entered into history as the creator of program symphony, which had a great influence on the further development of romantic art.

For France, named after Berlioz, the birth of a national symphonic culture is connected. Berlioz is a broad-based musician: composer, conductor, music critic.

Luis Hector Berlioz was born on December 11, 1803 in La Cote St Andres near Grenoble, France. The childhood of the future composer was held in a favorable atmosphere. Father – a doctor by profession – instilled his son’s taste in literature, art, philosophy. He taught his son to play the flute and guitar, introduced the basics of the theory of music, and the only musical impression was church singing – Sunday’s solemn masses, which he loved very much. 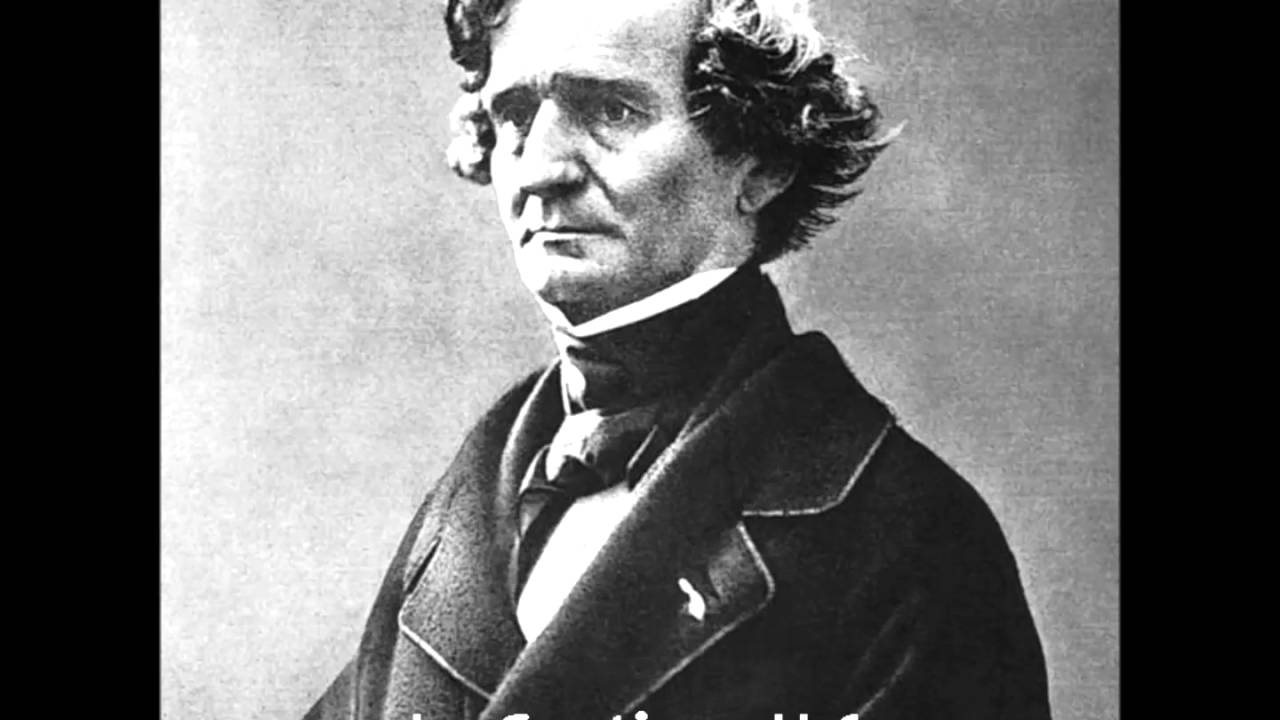 The boy shows great musical talent, and his father does not allow him to take up the piano, fearing that this instrument will capture him in the realm of music further than he would like. He believed that the musician’s career was not suitable for his son, and he dreamed that Hector, like him, would be a physician.

In 1821, Berlioz goes to Paris at the insistence of his father to enter the Medical School. But medicine does not attract a young man. Engaged with music, he dreams of professional musical education.

In the end, Berlioz takes an independent decision to leave science for the sake of art, and this causes self-anger of the parents. They deprive the son of any material support, and henceforth the future composer can rely only on himself. However, believing in his appointment, he has all the forces, energy and enthusiasm drawn to independent occupation. He lives like Balzac heroes starving, in the attic, but in the opera he does not miss any plays, and spend all his free time in the library of the Paris Conservatory, studying the scores of outstanding composers.

Realizing that without a thorough education he cannot become a composer, he began to study theory and composition first at Geron, and from 1823 Lesier – a professor at the conservatory, the author of several operas and choral works.

Since 1823, Berlioz has appeared in the press with sharp-pompological articles and for many years he does not part with the pen of a journalist. He actively participates in the artistic life of Paris, becoming closer to the best representatives of the advanced intellectuals of the time: O. Balzac, V. Hugo, G. Heine, T. Gautier, A. Dumas, George Sand, F. Chopin, F. List, N. Paganini

With List it is linked by personal friendship, a community of creative quest and interests. Subsequently Franz Liszt will become a fiery advocate of Berlioz’s music.

In 1825, Berlioz, showing a great organizational talent, arranges the public performance of his first great work – the Great Mass.

And in the next 1826, he wrote the heroic scene of the “Greek Revolution”, this work opens up a whole line in his work, connected with revolutionary subjects.

Feeling the need for more profound professional knowledge, in 1826, Berlioz enters the Paris Conservatory in the class of Lesuere composition and in the class of counterpoint A. Reich.

Over the next two years, according to Berlioz himself, his life illuminated “three strikes of lightning”: familiarity with the works of Shakespeare, Goethe and Beethoven.

In 1830, Berlioz creates a “Fantastic Symphony” with a subtitle: “An episode from the life of the artist.” She opens a new era of programmatic romantic symphonies, becoming a masterpiece of world music culture. 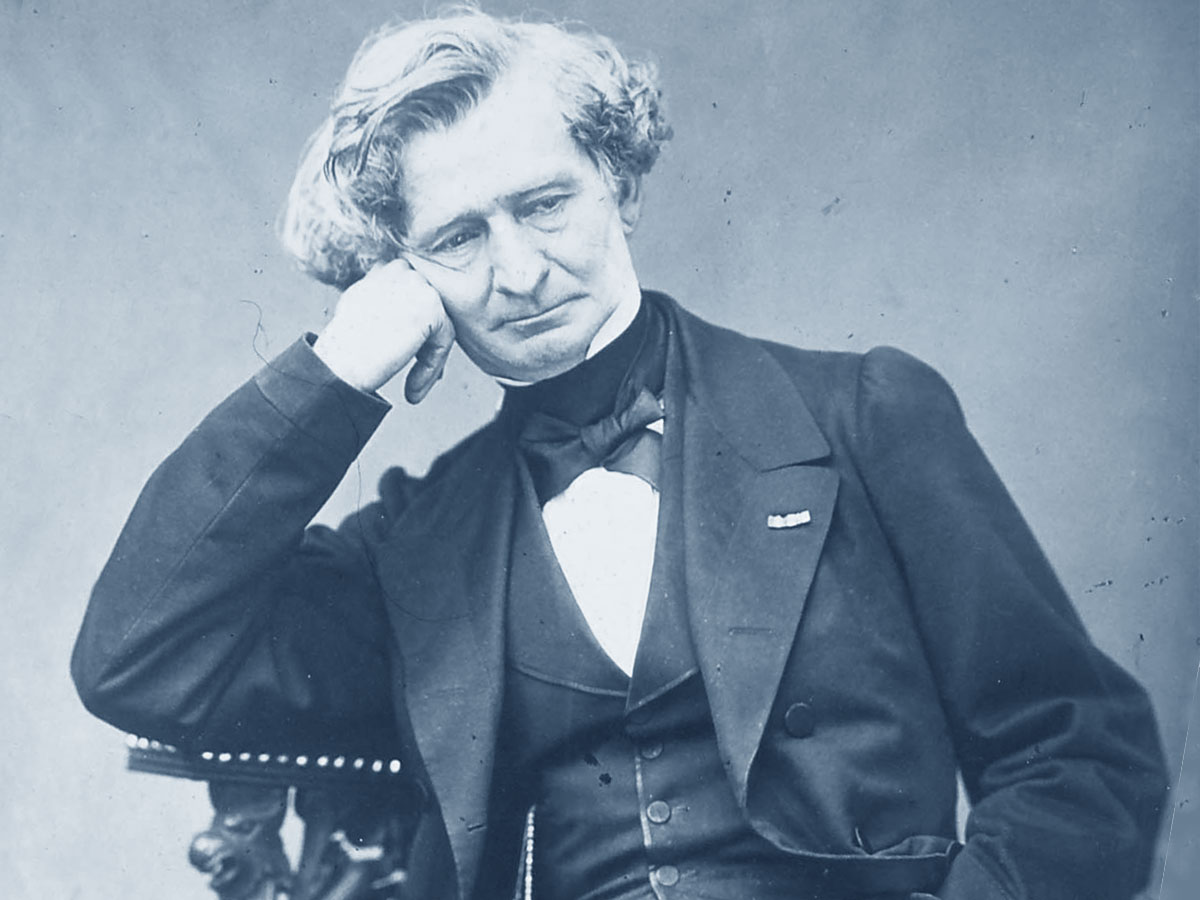 The program is written by Berlioz and based on a fact from the biography of the composer himself – the romantic story of his love for the English dramatic actress Henrietta Smithson (in 1827, Henrietta Smithson, together with the new English drama troupe headed by famous tragedian Klemble, visited Paris. Berlioz was extremely excited by talent and artistic look Smithson, he fell in love with her at first sight).

In 1830, for the fourth time taking part in the competition for the Roman Prize, Berlioz eventually wins, presenting to the court of the jury cantata “The Last Night of Sardanapal”.

Two years Berlioz as a Roman scholar holds a villa in the Medici. Returning from Italy, he deploys the active work of the conductor, the composer, musical critic, but faces the complete rejection of his innovative activities by the official circles of France. And this caused all of his further life, complete devastation and material difficulty.

Memoir, the autobiography of the composer, written in a brilliant literary style, takes a central place in the literary heritage of Berlioz. It gives a wide panorama of the artistic and musical life of Paris of those years.

An enormous contribution to musicology was the theoretical work of Berlioz “The Treatise on Instrumentation” (with the addition – “Conductor of the Orchestra”).

1837 was marked by the birth of one of Berlioz’s greatest works – Requiem, created in memory of the victims of the July Revolution. In the history of this genre, Requiem Berlioz – a unique work, which combines monumental-fresco and elegant-psychological style; marches, songs in the spirit of the music of the French Revolution, are accompanied by something with a romantic lyricism, then with a strict, ascetic style of the medieval Gregorian chorus. Requiem written for a huge membership of the group: 200 chorists and an extended orchestra with four additional groups of wind instruments.

In 1838 Paris hosted the premiere of the Benvenuto Cellini Opera. The spectacle was discarded from the repertoire after the fourth production. Berlioz could not recover from this strike for a long time!

In 1839, Berlioz finished work on his third programmatic symphony “Romeo and Juliet” (according to Shakespeare’s tragedy). This masterpiece of symphonic music, the most original creation of Berlioz, is a synthesis of symphonies, operas, oratorios, and admits not only concert but also stage performance.

In 1840 there appeared “True-triumphal symphony”, designed for outdoor performance. It is timed to the solemn ceremony of transferring the dust of the heroes of the uprising of 1830.

Since 1843 he began his tour as a conductor outside of France – in Germany, Austria, Czech Republic, Hungary, Russia, England. Everywhere, he has a phenomenal success.

Berlioz – the first conductor performing in the history of performing arts, performed together with his works and works of his contemporaries. (It should be noted that Hector Berlioz, together with Richard Wagner, laid the foundations for a new conducting school). As a composer, he calls contradictory, often opposing thoughts. 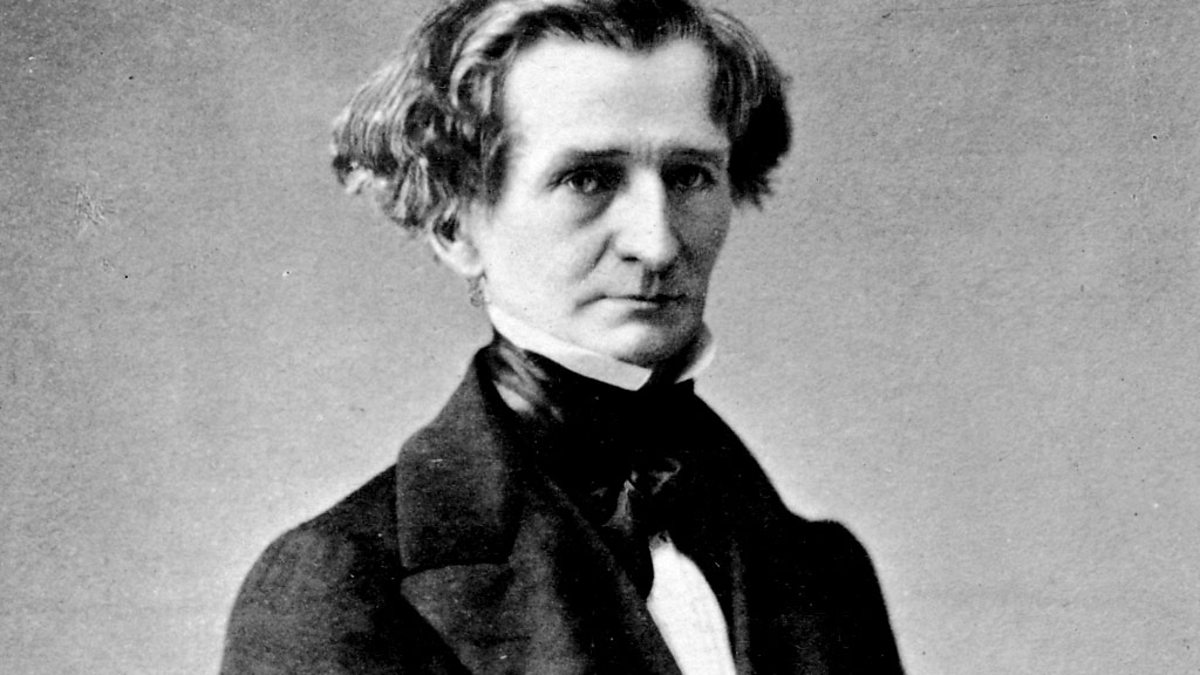 At the end of 1846, the first production of Berlioz’s dramatic legend “The Faustus Condemnation” (by Goethe’s poem) is taking place.

Having lived a difficult and tragic life without having been recognized at home in his life, buried his two wives and a single son, sick, Berlioz dies alone in March 8, 1869.