We must remember the musical manufacturer K.Yu. Zimmerman, who produced pianos, stringed and wind instruments. On its production there worked wonderful masters, who made very good tools. The branch of the Zimmermann factory was also opened in St. Petersburg (now the Leningrad windmill factory). After the revolution of 1917 in Russia, this factory, renamed the “Five Years of October” for another fifteen years, produced amazing tools: while the old masters were alive, the Zimmerman equipment and raw materials were preserved.

There were many small workshops that manually produced a small number of tools. Historically, the area where such production flourished was Saxony. Especially the places Markkenkirchen and Kligenthal. The first mention of the production of wind instruments here dates back to 1755. Not far from these places, but on the territory of the present Czech Republic is the city of Kraslice (in the German manner – Graslitz), also associated with the production of wind instruments. Here was the factory “Cerveni and Son”. Another very famous master was J.Liddle in Brno. In 1922, in Munich, he opened a workshop for young John Monke. All the factories and masters described above produced mainly rotary tools, which are still the main instruments used in Germany and Austria. For rotor tubes, a more compact sound is characteristic, they merge better with woodwinds in the orchestral tutti, the sound attack is more stable. Usually, the rotor tubes have a wider bell, and the voice machine’s scale is already pumping: 11.00-11.5 mm. Of course, pump tubes were also produced, but there was less demand for them. They were called “Jazz Trompette” and were accordingly used. At the same time in France and England the pump tools reigned. The English tools looked like the American ones, which we mentioned above. The most famous of the manufacturers were Besson (London) and Bussy & Hooks. At the same time, more than 120 small workshops were known, such as “Distin”, “Randal Karte”. Typically English compositions were Brass Bands, brass bands, consisting only of copper and percussion instruments. (For example the Black Dyke Band, founded in 1855 and successfully performing to this day.) In this regard, the pipes, and the cornets in B and Es, were more in demand. However, the pipe tradition was also very strong, as evidenced by the music of G. Holst and E. Elgar. 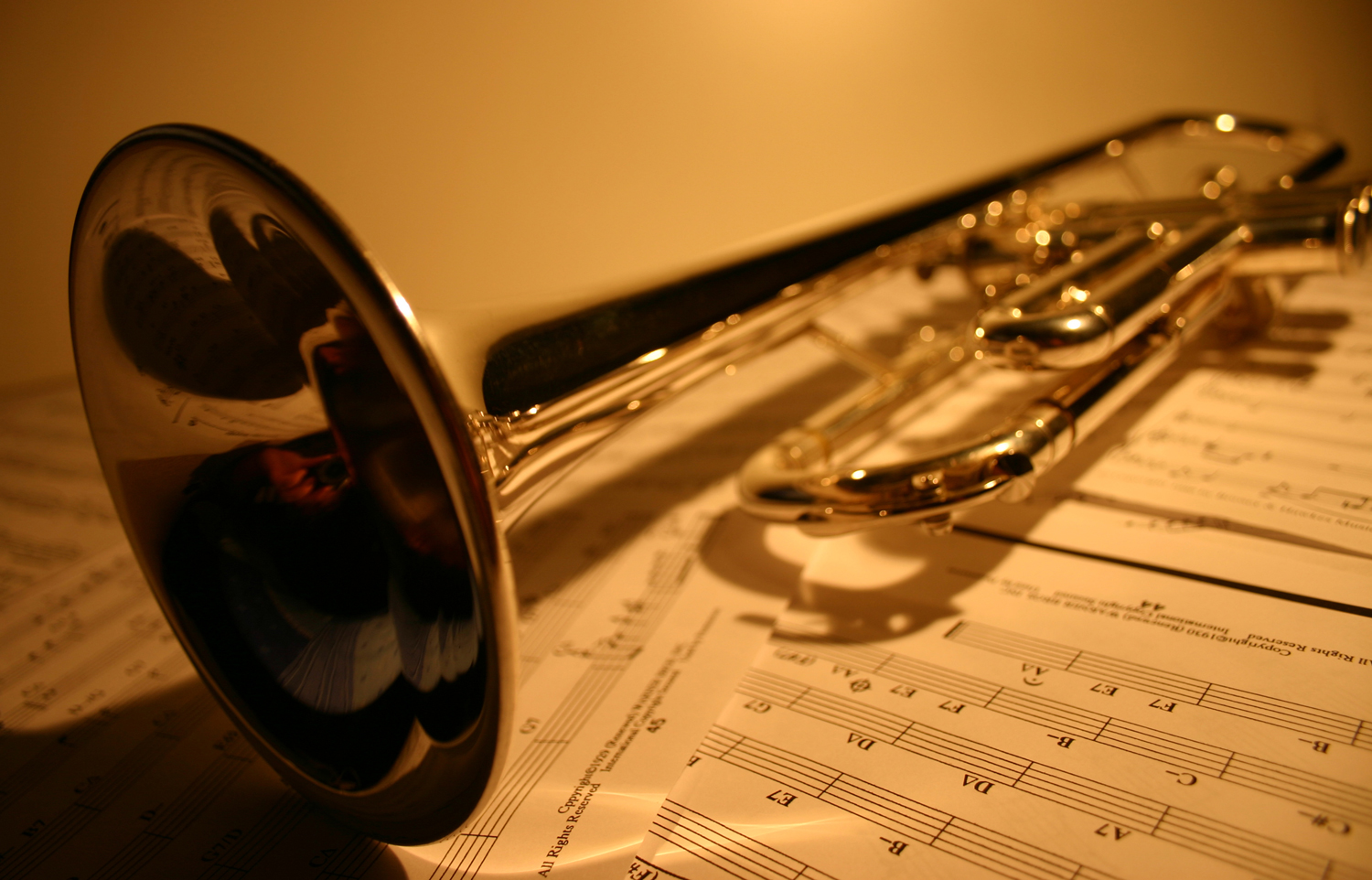 France, almost the entire twentieth century was the legislator of the pipe fashion. The French manner of playing, bright, with a strong vibrato and virtuoso remains to this day attractive. From M.Franken and Sabarish to G.Tuvron, E.Ob’e and B.Sustro-the best pupils of M.Andre, we hear the characteristic features of the French tradition. And in America at the beginning of the century, the Frenchmen J.Mahger, R.Vuazen and others, formed a worthy competition to immigrants from Germany and Jewish towns of the Russian Empire. French pipes of the first half of the twentieth century were obstructed and, more often, in the C system, which gave a light, clear, with high overtones sound. The most famous French firms of that time were “Cortoy”, H. Selmer “Marigo Strasser”, “Quasnon”.

In the sixties and seventies of the last century, many music companies of America and Europe joined together for joint business. The name of the brand, the characteristic features of the models remained, but the firm turned into a division of a larger company. So, in 1961 W. Bach sold to Selmer, USA (H. & A.Selmer) his factory, which moved from Mount Vernon, New York to the north, to Elkhart, Indiana, where the Selmer plants were located. Bach continued to patronize production as a member of the board of directors and technical consultant. Conn, Bench and King were merged into UMI (United Musical Instruments). The firm Leblanc was taken by Holton and Martin. Such integration has benefited. The products of the companies remained independent, but the overall strategy of development and promotion in the market, management, financing provided some protection in case of economic difficulties. Many companies have improved their reputation and started developing new models. Of the single companies that remain in the market, you need to name Getzen and Shilke.

Renold Shilke was a great trumpet player and worked for many years at the Chicago Symphony Orchestra, founded the Chicago Brass Quintet. Like V. Bakh, he was interested in production, left the career of a trumpeter and founded a company producing first-class tools and mouthpieces, and without looking back at Bach’s tradition, R.Shilke developed his own, absolutely new range of mouthpieces (four parameters of fields and cups instead of traditional ones Two). The tools of the master Z. Kanstula and D. Kalle are used successfully.

In Europe at this time, the merger of Bussy and Hooks with Besson occurred, among the small workshops in England, interesting tools began to make the firm Smith and Votkins, still excellent tools are produced by Selmer (France) and Cortua. In Germany, there are numerous workshops, of which the leading are the masters J. Monke, the brothers Tyne (Germany) and J.Sherzer, M.Peter and F.Zire (GDR). The B & S plant in Marnequirchen produces very good tools for students and amateur performances. In Czechoslovakia, there is a similar factory in Kraslice – Amati. 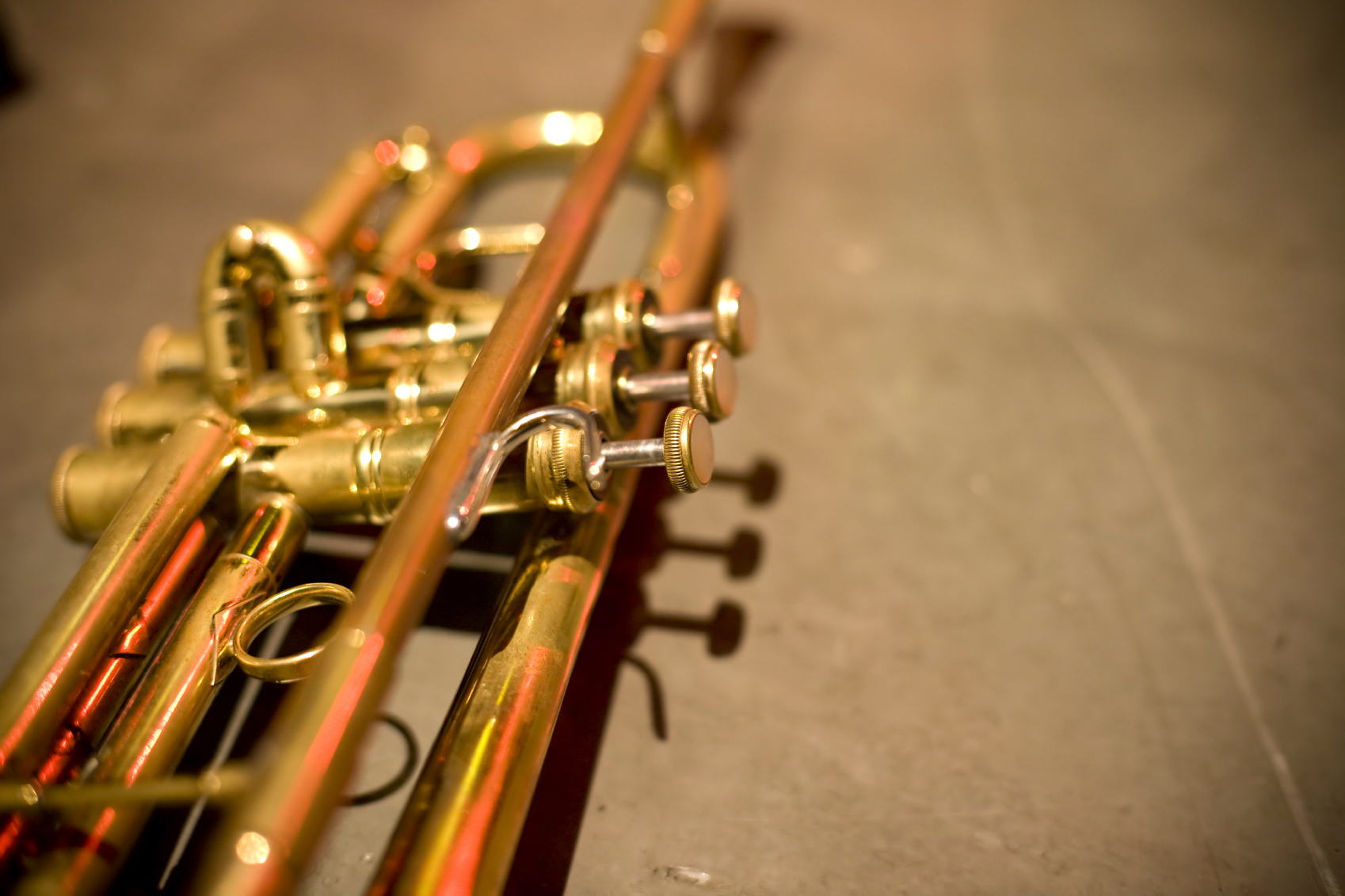 But in the world market there is a new force, confidently winning positions. It is a Japanese firm of Yamaha, and later a Chinese company (Taiwan), Jupiter. “Yamaha produces more pipes in a month than I did in my entire life,” once joked V.Bakh. Since 1887, Yamaha has been successfully developing in a wide variety of fields: metallurgy, motorcycle production, industrial robotics, computers and others. Since 1966 the history of the musical division of Yamaha has begun. Magnificent grand pianos and wind instruments brought this company to the number of the world’s leading firms. (By the way, the production of pipes and mouthpieces was advised by R. Shilka). The next illustration of the “Japanese miracle”, Yamaha quickly conquered the international market and stood on a par with the leaders in the manufacture of brass wind instruments. The tools of this company are made extraordinarily accurately and qualitatively. The tools of Taiwan’s Jupiter do not pretend to be original, they are basically a copy of the popular Yamaha models, only more cheaply. In addition, perhaps, “pocket trumpets” (pocket trumpet). These pipes, being the size of a little more than the palm, allow to extract the full range of the “B” pipe and are indispensable for street music making, traveling and similar situations, not to mention circus eccentrics. Jupiter’s headquarters are in Austin, Texas. Well, and in Taiwan, cheaper hands. In the united Germany, G.Meynl united the most famous workshops of Marknecirchen (including J. Scherzer) and the B & S plant, which established the production of very good pipes in the Vogtlandishe Musikinstrumentalfabrik GmbH (VMI). Tomomi Kato, a Japanese master, owner of the Luxembourg studio Brass Sound Creation, at the invitation of the Czech Amati, headed and made this firm competitive. Suddenly, the Spanish Stomvi from Valencia came forward. The Getzen division is created – Edwards, where a young trumpeter and designer E.Naumann offered a very interesting idea of ​​a personal assembly of a tool from several variants of a bell, a voice machine and a mouthpiece attached to four screws.

All tools produced by large enterprises are very clearly oriented to the buyer and are divided into three categories: student, professional and high-class (custom) models. Workshops, of course, make only expensive tools, mostly to order. A large share of production falls on student models, whose consumers are schoolchildren and amateur musicians. Professional models – a kind of “middle class” tools. They meet the needs of university students, professionals who do not consider it necessary (or possible) to invest a lot of money in buying a tool. And custom models are the top of the quality of the products offered. A characteristic feature was the cooperation with famous musicians, on the request of which the instrument is made. Then the model is assigned the artist name. So, the models Holton ST 550, ST 306,307,308 are named Maynard Ferguson, Leblanc T 357 – Arturo Sandoval, Yamaha Xeno – Bobby Shu. French Selmer was previously associated with the name of Maurice Andre, who now plays on the Stomvi pipes. The advertising inscription under the Master’s portrait reads: “Bothering, My new sound!”. New tools Selmer produced in collaboration with Guy Tuvron. These models are Chorus, Face of Cortua – Sergei Nakoryakov and his unusually successful use of the 4-valve flugelhorn. Challenger II pipes from B & S turned out to be excellent thanks to cooperation with Terry Kaens and Yoko Haryane. Undoubtedly, not only creative cooperation but also mutual benefit from advertising takes place. But the ability of leading musicians to translate their technical demands and realize their own concept of sound with the help of excellent masters, and all those who want to “try on themselves” such a tool, is very tempting.