The music industry is not always loyal to lazy people and ragamuffin, and managers and producers do not always want to risk their wallet for the sake of insane ideas to no known musicians. In addition, to simply not get lost among the thousands of musical groups, you need to make considerable efforts. And you should make one mistake, and you are already on the sidelines. Simply put: it’s hard to make a star. But whether the talent, or the originality and brilliance of images, or even the mysterious fate sometimes turns into glory, which seems to fall from the sky. 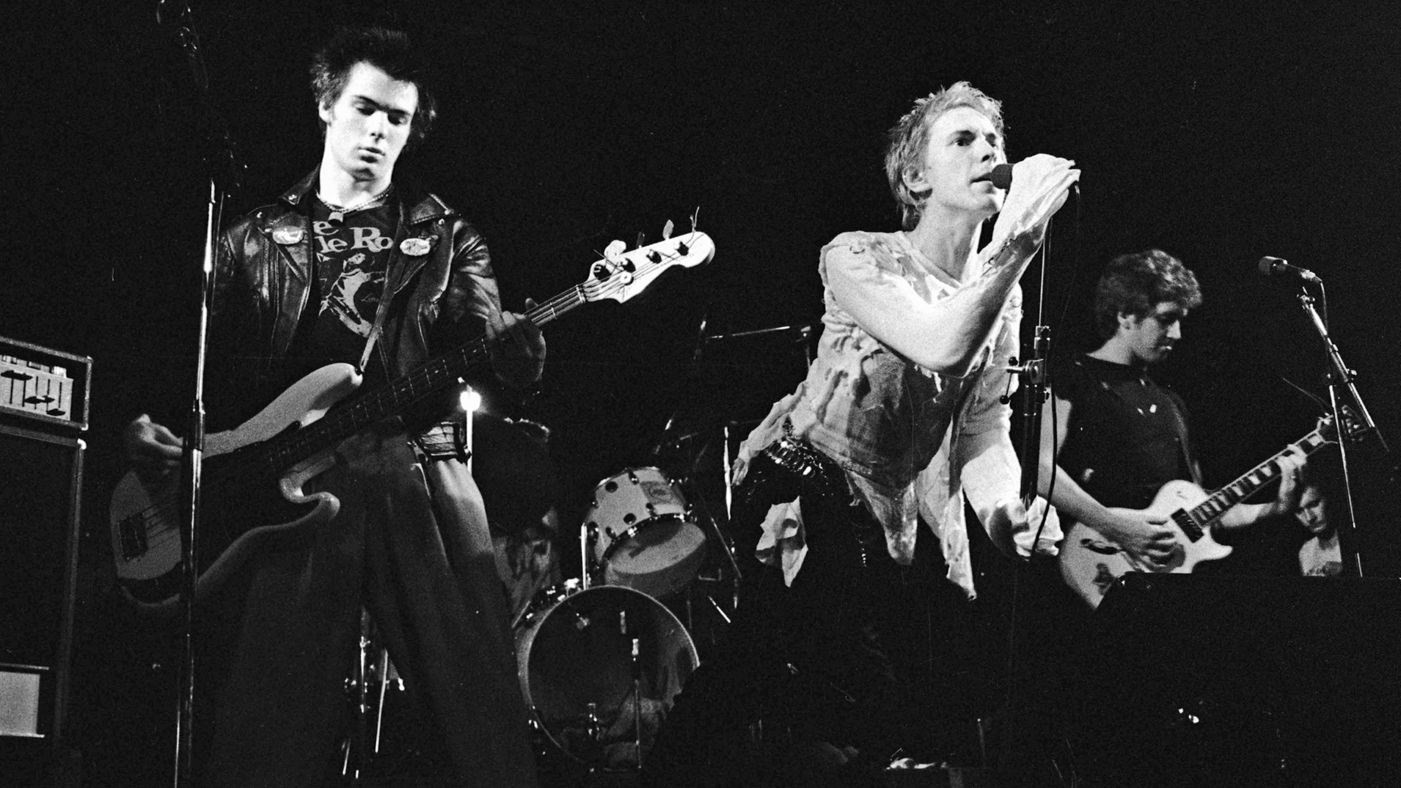 Few people do not know about the legendary Sex Pistols. The history of these cultic punks began in the distant 1972, when three schoolmates – Steve Jones, Wally Nightingale and Paul Cook – created the band The Strand, also known as The Swankers.

The guys periodically visited the store of subcultural clothes “Too Fast to Live, Too Young to Die”, which belonged to Vivienne Westwood and Malcolm McLaren. The last in 1974, and came up with the idea of ​​creating a provocative group, and he, not long thinking, chose the guys from The Swankers. Moreover, he helped to come up with a new name for the band and found a charismatic vocalist. He was the nineteen-year-old John Lydon, he’s Johnny Rotten, a “guy from the street” with purple hair and a torn shirt with the inscription “Pink Floyd”, over which the felt-tip pen was carelessly printed “I hate.”

Already since 1976, Sex Pistols was catalyzed through the clubs of London and its environs. They did not record records, and they did not play on the radio, but popularity still grew day by day. In August of the same year, Sex Pistols first appeared on television screens – their first single “Anarchy In The U.K.” sounded live and aroused the audience’s keen interest in punk, which the band was already personifying.

However, soon, because of the defiant behavior of the group members and their uncontrollable vandalism, there were major scandals, including on television. At the same time, bass player Glen Matlock was replaced by Sid Vicious – Rotten’s friend, who could not really play, but was a real, “canonical” punk. Despite the atmosphere of scandal surrounding the group, they managed to reach the label A & M. Press widely covered the signing of the contract on March 10, 1977 on the square in front of Buckingham Palace, but a week later the contract was terminated – the leaders were shocked by the hooligan behavior of musicians in the office of the company. But Virgin showed interest, with whom Sex Pistols released the single “God Save The Queen” in June of the same year – a kind of slap in the face to the government.

October 28, 1977 was the only studio album of the band – “Never Mind The Bollocks”, who took the first place in the British charts.

On January 18, 1978, after a lengthy tour, Rotten announced that he was leaving the Sex Pistols. Obviously, he was burdened by being in the group: by this time the relationship between him and McLaren was not the best, and the image of the band and its musical direction became a burden that hampered his artistic aspirations. Vicious went to New York, where he later died from a drug overdose, Cook and Jones, along with McLaren flew to Brazil, and Rotten to Jamaica, then founded the group Public Image Ltd. On this short, but full story of the Sex Pistols is over.

Sex Pistols were not the first punk band, but it cannot be denied – they were and remain one of the most vivid incarnations of the subculture. The influence exerted by the band on contemporary music can be compared to the one that Elvis Presley and The Beatles had at different times. 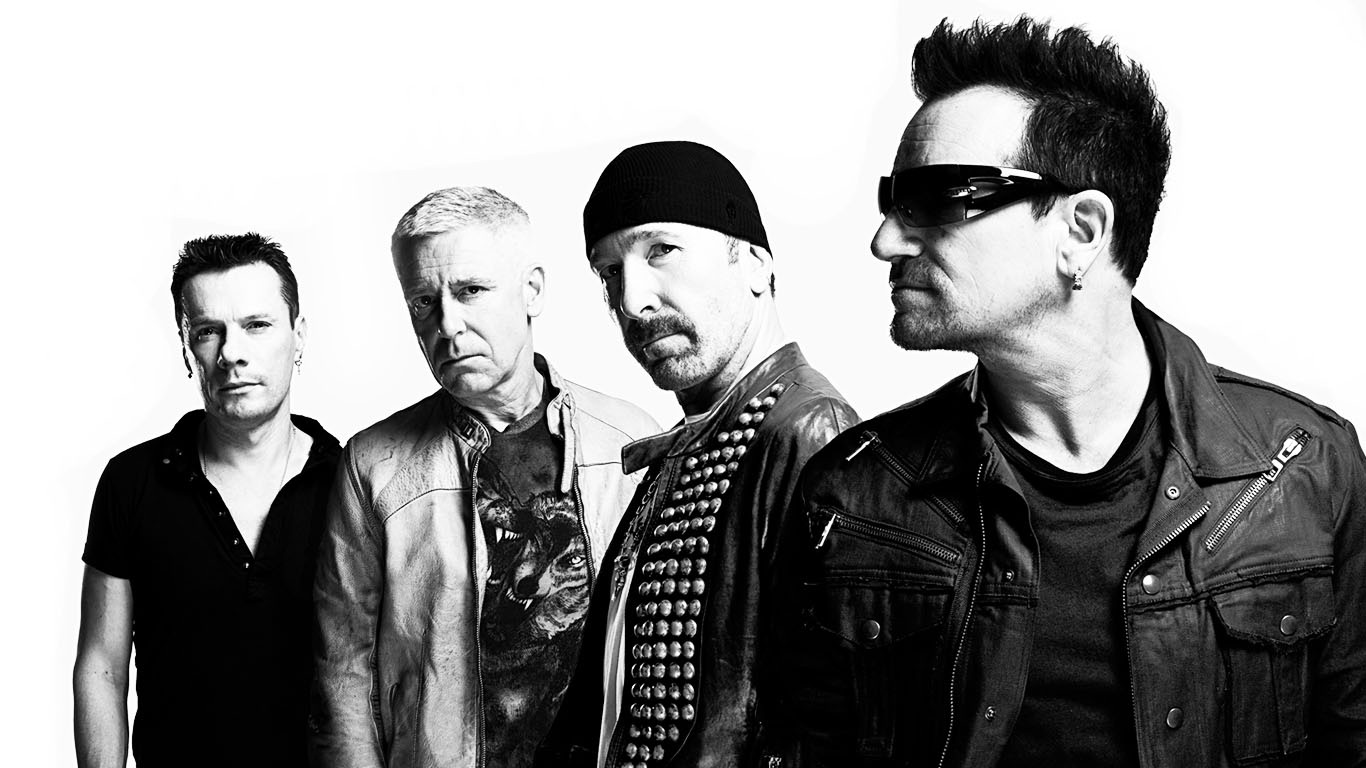 Perhaps the secret of success is precisely to put together a group together with childhood friends? Anyway, in the case of U2 it all started almost the same way as in Sex Pistols – from the school bench.

Group U2 appeared after the fourteen-year-old Larry Mullen Jr. left a note on his notice board in his school: “The drummer is looking for musicians to create a band.” At that time, punk rock was extremely popular, and teenage groups arose everywhere – Bono (vocals and guitar), Edge (guitar, keys and vocals) and Adam Clayton (bass guitar) soon responded. It happened in Dublin in the autumn of 1976. Since then, the composition of the group has remained unchanged.

Thanks to the victory in the St. Patrick’s Day competition in 1978, the young team had 500 pounds, which they spent on recording a demo tape. Along with it appeared and began to grow in popularity, the group got a manager – it was (and still is) the former television man Paul McGuinness. But the musicians could not escape from Ireland. Their first two singles – “Three” and “Another Day”, were released only for the local market.

Everything changed after the contract with the label Island Records in May 1980. Then there was the first “foreign” single U2 – “11 O’Clock Tick Tock”. Next came the first full-length album – “Boy”, based on the lyrics of which were teenage problems and experiences. This debut is considered one of the most successful – the album reached the 63rd line on the Billboard 200, and the single “I Will Follow” reached the 20th position in the Hot Mainstream Rock Tracks hit parade, becoming a hit on student radio, making U2 on hearing. Live performances of the band with this material were criticized, but, nevertheless, this work demonstrated the potential of the young group. Later, in 1995, the album was awarded a platinum status.

Further career U2 rushed only up. To date, the group has 12 full-length albums. Of course, U2 has long been no rebel students, as they were at the very beginning of their journey, and not “guys from the working edge”, which they were convenient to see the press in the mid-80s – they change, but at the same time not change their ideals and remain themselves. 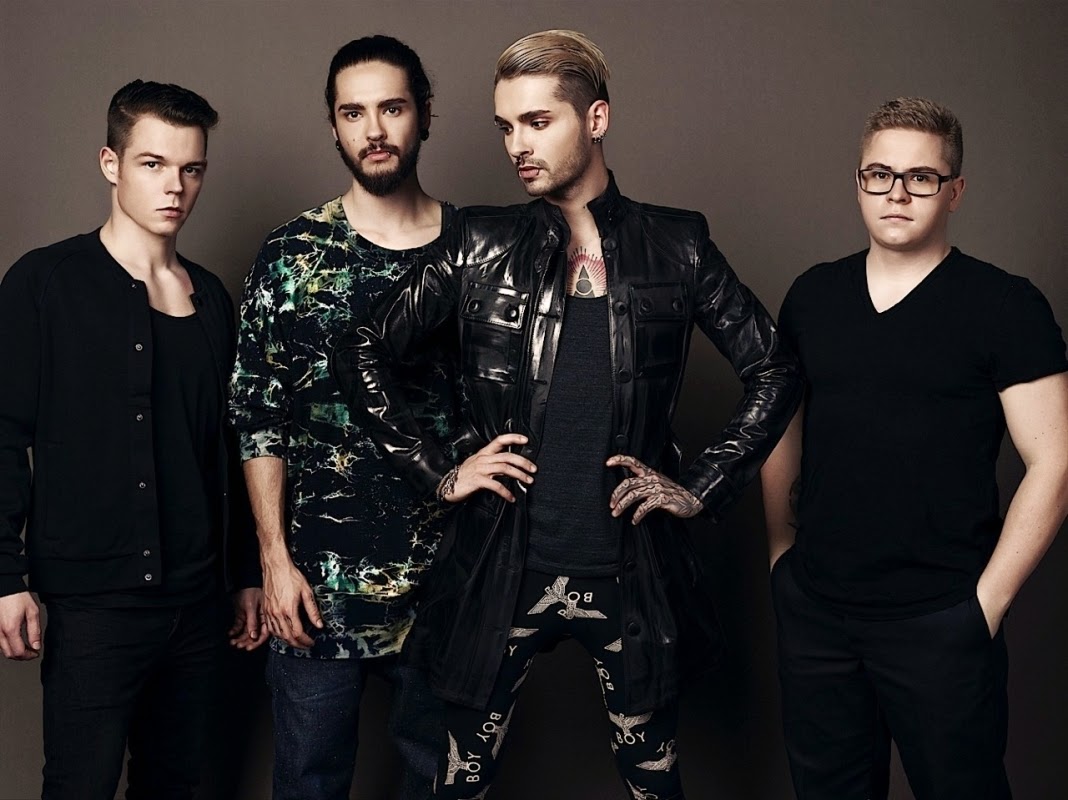 The fact that luck is smiling is not that young, but, it can be said, very young, at some times confirm Tokio Hotel.

It all started with a teenage Devilish group, created in 2001 by twins Bill and Tom Kaulitz. After two years of performances and participation in competitions, the guys noticed producer Peter Hoffman. He offered them a new name and helped record the first album. Soon the first video was created for the song “Durch den Monsun”, which immediately got on German TV channels. Young musicians immediately succeeded in winning the audience’s love and getting crowds of fans.

Significant support for Tokio Hotel was provided by the youth magazine BRAVO. The popularity of the guys was gaining momentum, and the second video of the band, “Schrei”, was instantly in the top of all European charts, as was the third clip “Rette mich”, released in 2006. In the same year, the children were awarded the König Pilsener Arena in Oberhausen. By June 2006, more than 400,000 albums, more than 100,000 DVDs, and at least 200,000 tickets for concerts were sold. By this time, Tokio Hotel had appeared on the cover of BRAVO 13 times.

To date, Tokio Hotel does not lose its popularity. On their account, a lot of awards and prizes in a variety of categories, including the MTV Europe Music Award, MTV Video Music Award, Echo Awards and others.