Reed instruments are a family of musical instruments that are characterized by sound formation with a tongue – a flexible, vibrating plate of small dimensions.

The first lingual musical instrument is supposedly about 2 thousand years old. It’s about the ancient Chinese harmonica, called “sheng”. In the countries of the Ancient East, it was considered a sacred tool and was used during religious activities. Sheng existed for several millennia and was one of the most popular tools in Burma, Laos and Tibet. He was also known in Russia, where he first came in the 10th century. Information has been preserved confirming that in the middle of the 18th century the courtiers of the Russian Tsar were fond of playing on Sheng.

Structurally, the sheng was a small-sized round box with bamboo tubes inserted in it along the circumference, which were provided with a plate with a tongue in its lower edge. Sheng produced sounds in twelve keys and was easy to use.

Not all tongue musical instruments blow the air with the mouth, this role can be performed by the bellows. They were invented 1,5 thousand years BC. In Ancient Greece or Egypt, they were only used not for sound production, but for inflating fire. 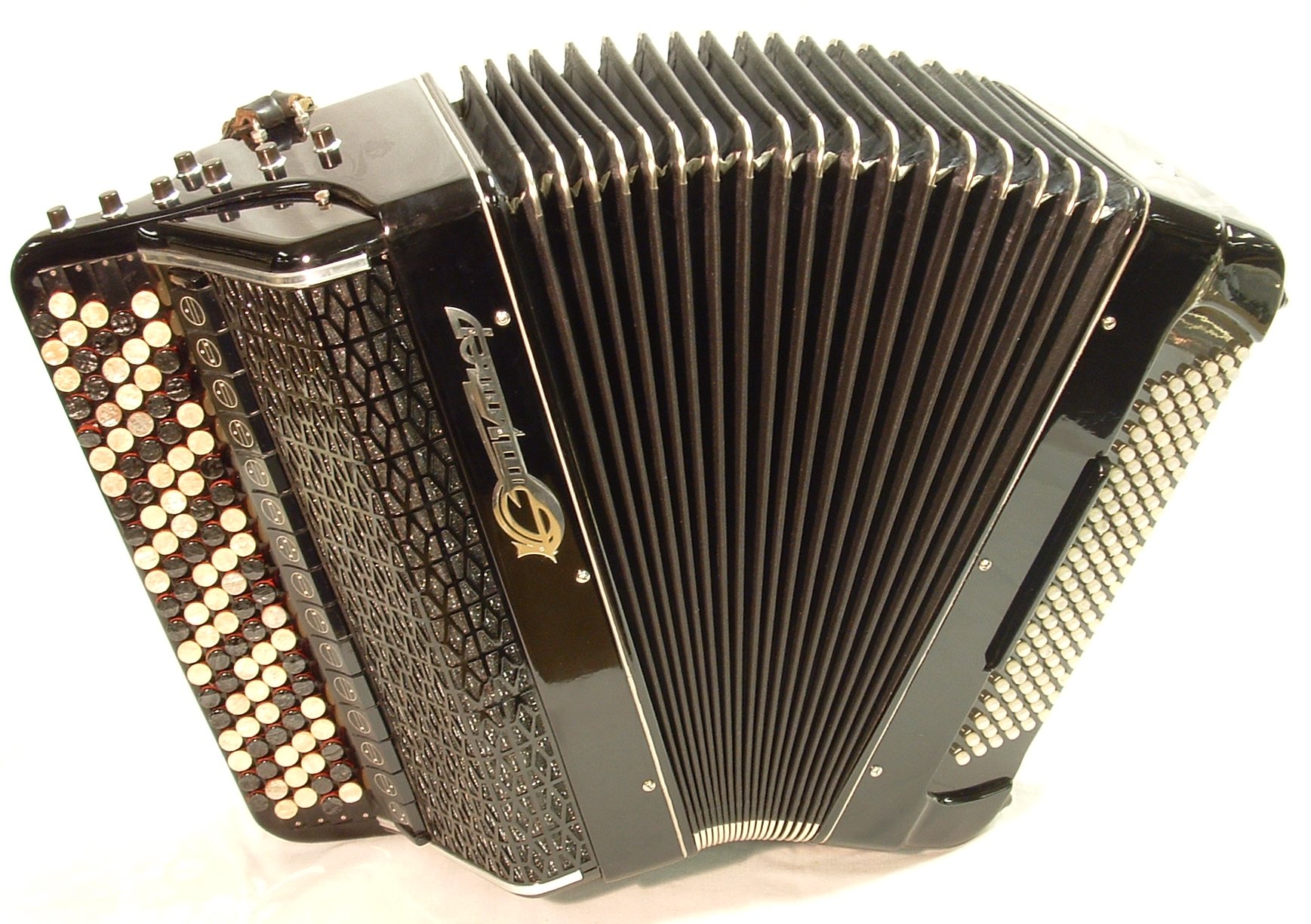 The first hand harmonica was produced in 1797 by Frantishk Kirshnik. He earned his living by setting up clavichord and organs. Once famous scientist Christian Kratsenshteyn invited him to his workshop for a series of experiments, as a result of which a new musical construction was invented – reed strips. Using this design, Frantiskek assembles a small organ and carries it to St. Petersburg.

The hand harmonica has taken root in Russia. In Tula, the first production of such harmonics was discovered. It was considered a romantic instrument due to its gentle and expressive sound, well accompanied by folk songs.

Lubnye accordion in recent years are experiencing a new surge in popularity. And invented this musical instrument by the German Frederick Bushman, in 1821, giving him the beautiful name “Aura”. In its harmonic, the tongues, driven by the exhalation of the musician, could freely jump into the holes of the frame and make sounds. This type of labial harmonica is represented by two species – chromatic and diatonic.

A year later, Bushman invented another kind of reed musical instruments – a small hand harmonica. He simply provided a tuning fork, which was used to tune organs, with leather fur.

The accordion is an improved version of Bushman’s small hand harmonica. The date of birth of the accordion is considered to be 1829, when the harmonica of the new type was first introduced in Vienna with the accompaniment on the left keyboard. Each of the five buttons of this harmonic gave one chord under compression and the other with the tension of the bellows. This type of harmonics with chord accompaniment is called accordions.

Harmonics are divided into two types, depending on the country where they are manufactured, and, accordingly, the design features. From the point of view of sounding, they do not have cardinal differences.

Thus, the German harmonics of the diatonic system are characterized by the arrangement of the melody valves on the right-hand cover, and the keyboards on the external fingerboard on the left. They were otherwise called two- or four-plank, because in each row there were two bars

The Viennese harmonics had a different arrangement of valves and keyboards: on the right cover there are valves, and the left keyboard is already on the lid of the accompaniment. These harmonics are also called two-row circuits.